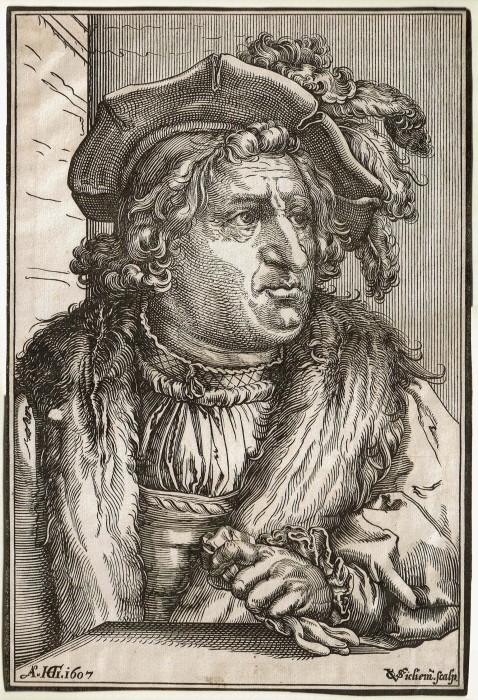 Christoffel van Sichem was the son of a book dealer from Sichem (Brabant) and apprenticed with the Formschneider Jan Ewoutsz. He got married in Basel in 1570 where he lived for nearly three decades, producing woodcuts for book publishers in Basel and Strasbourg. Whereas this early work hardly stands out among the other quotidian book illustrations produced by the Upper Rhenish workshops, the woodcuts created after Van Sichem’s return to Amsterdam in 1598 are truly remarkable. He excels foremost as a sensitive translator of Goltzius’ inventions onto the woodblock and it is generally assumed that the two artists collaborated directly with each other.

The Half-length Portrait of a Man with a Feathered Beret and Glove and its counterpart from the same year, the Young Man with a Feathered Hat, are both cut in a fluent and dynamic style, displaying a strong and secure handling of the knife. They rightfully count among the masterworks among the Netherlandish woodcut of the period.