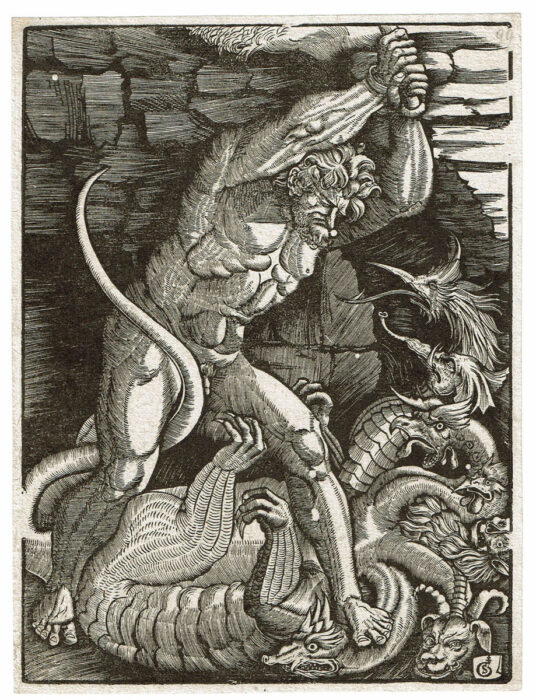 Gabriel Salmon was a Lorraine artist. He started out as a painter. His first exposure to printmaking happened in 1503 when he was commissioned to help Jacquemin Woeiriot with the illustrations for Jean Pélerin’s De artificiali perspectiva in 1503. He is believed to have met the Alsatian engraver Jean Ulrich Waechtlin (ca. 1470–ca. 1530) when the latter visited the court of Lorraine at Nancy. “Salmon’s somewhat harsh and violent graphic style, which owes much to that of Waechtlin, is seen at its height in the woodcuts of the Labors of Hercules.” (The French Renaissance Print, p. 199).