Johann Christian Klengel was supported from early on in his career by members of the academy in Dresden. In 1768 he came to live in the house of Christian Wilhelm Ernst Dietrich, called Dietricy (1712–1774), one of the academy’s professors, who taught him landscape painting and etching. Klengel himself became a member of the Dresden Academy in 1777. He travelled to Italy in 1790–92. He then returned to Dresden and was appointed associate professor for landscape painting in 1800, receiving a full professorship in 1816. Philipp Otto Runge (1777–1810) called him “one of our greatest landscape painters.” 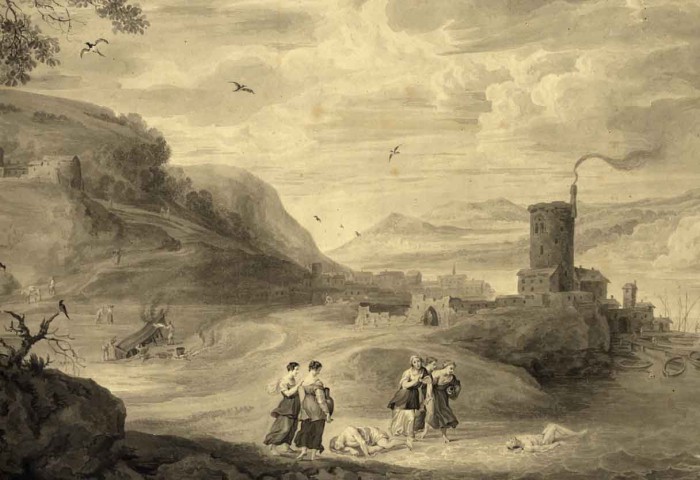