Figura studied at the Vienna Academy and was drafted into the Austrian Army where he fought on the Russian and Italian fronts from 1916 to 1918. After the war he then attended medical school before finally deciding to become an artist in 1922.

He travelled extensively in Europe during the 1920s and had also already successfully exhibited in the United States when he first visited in 1929. The color aquatint depicting Manhattan’s Telephone Building was undoubtedly based on sketches from this trip. It is possible that print might have even been created during his American sojourn since Figura temporarily maintained a studio in New York City at the time. 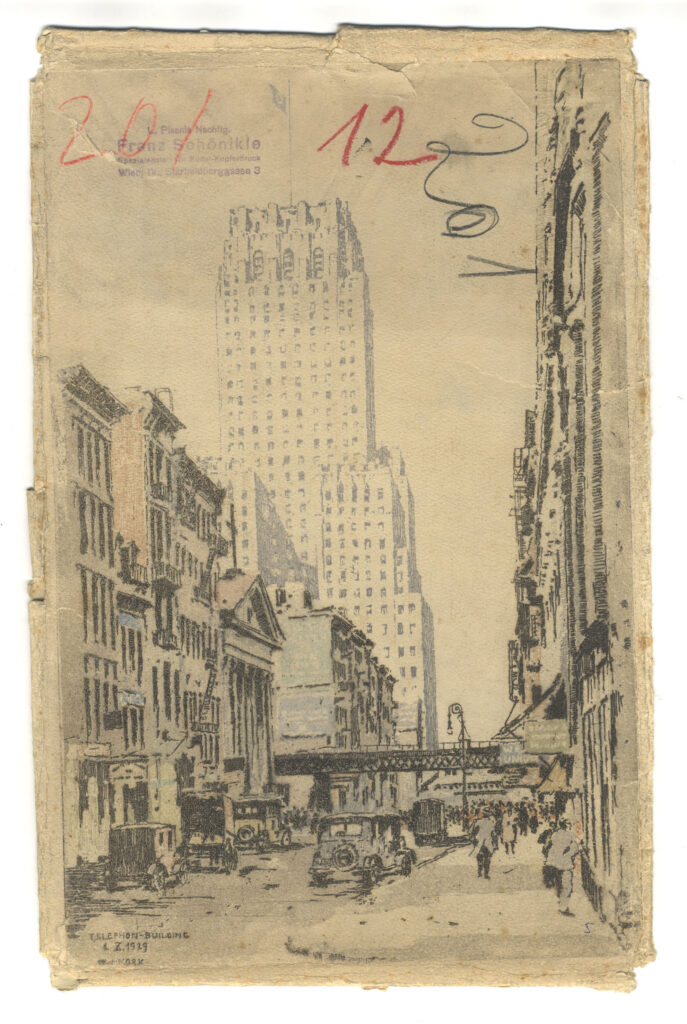 original paper wrapper made from a makulatur impression of the print