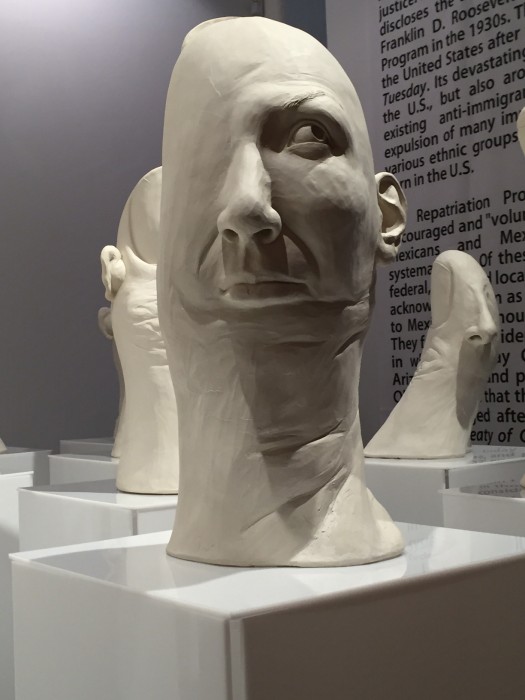 Created in 2014–15 and first shown at the National Museum of Mexican Art in Chicago earlier this year, the title of the work is a reference to the terminology used by the Hoover administration to describe immigrants who were to be subject to Mexican Repatriation. In the 1920s and 1930s, the government forcibly deported hundreds of thousands (possibly millions) of Mexican immigrants living in the United States under the guise of “saving” jobs and welfare funds for “real” Americans. Nearly a century later, similarly short-sighted arguments remain part of this country’s national political dialogue.