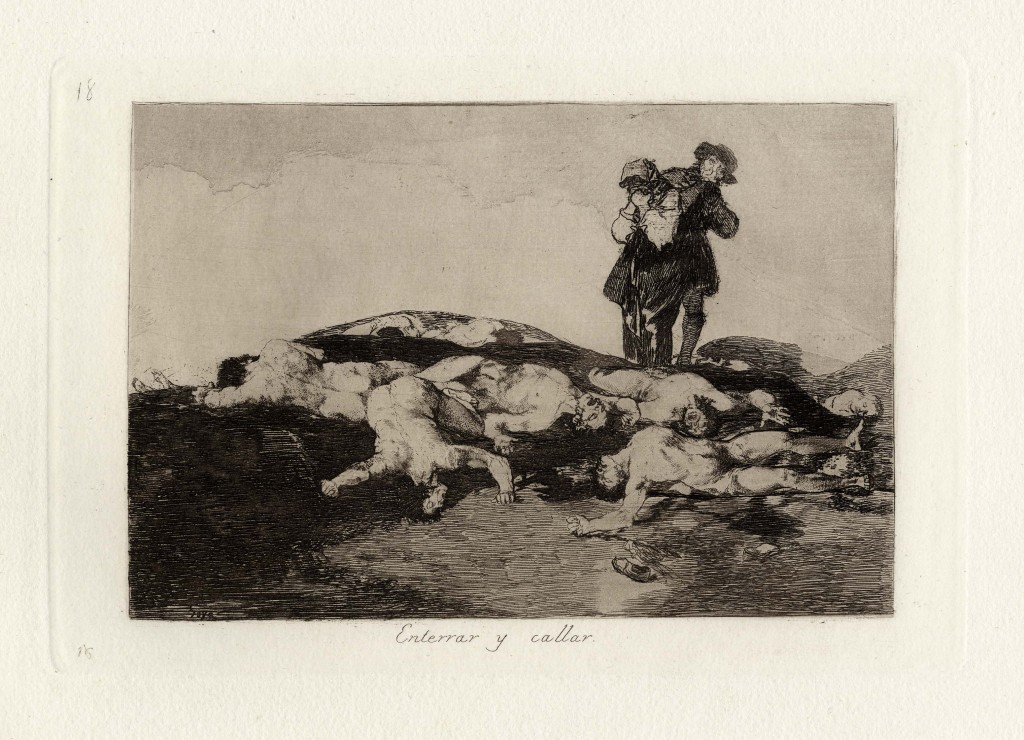 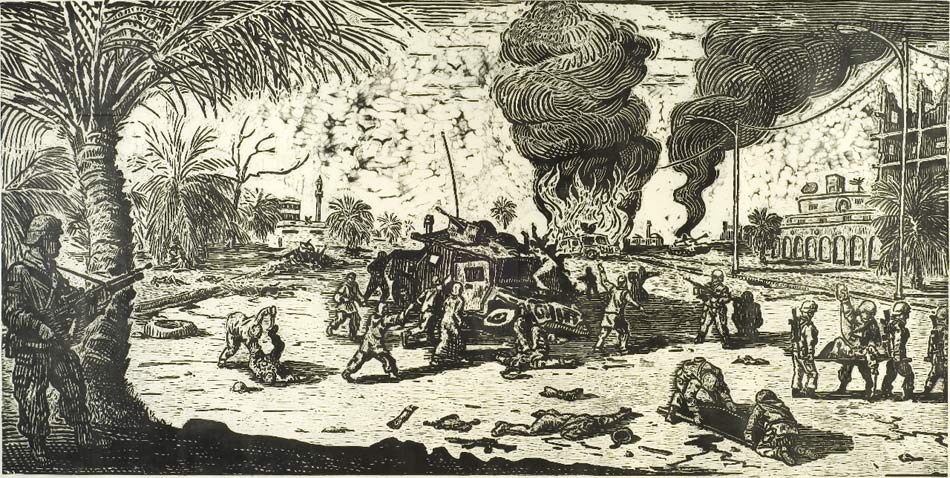 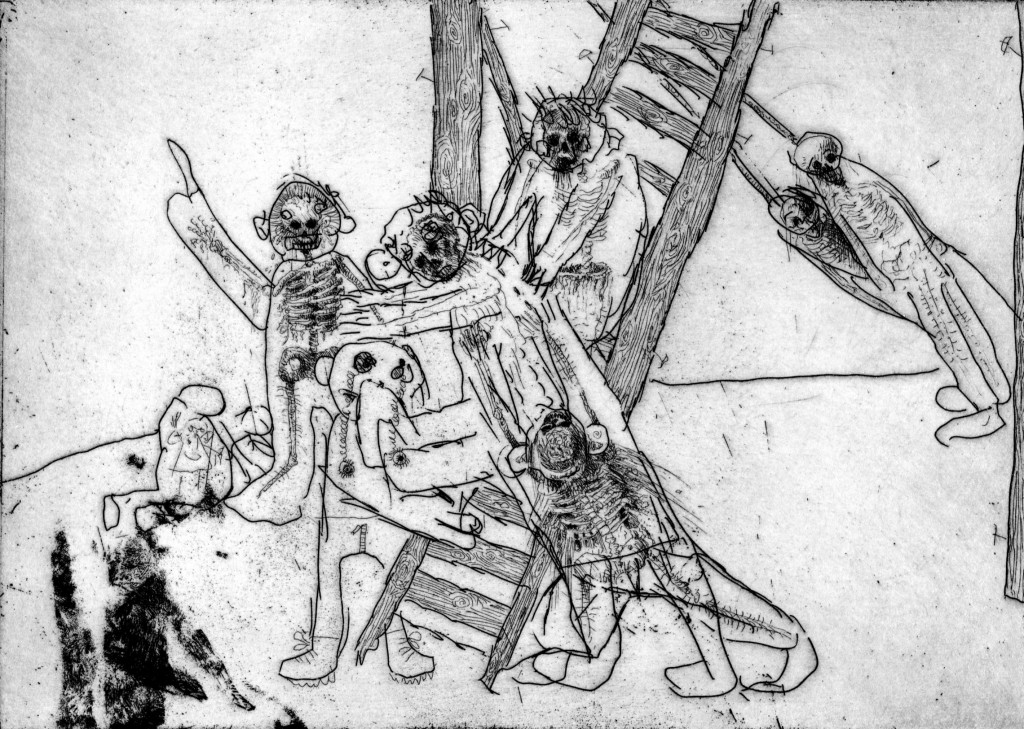 JAKE AND DINOS CHAPMAN
The Disasters of War 1999
etchings 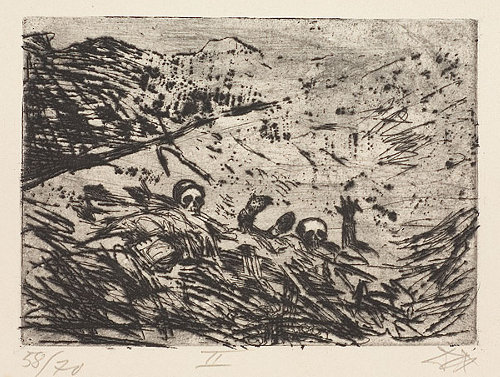 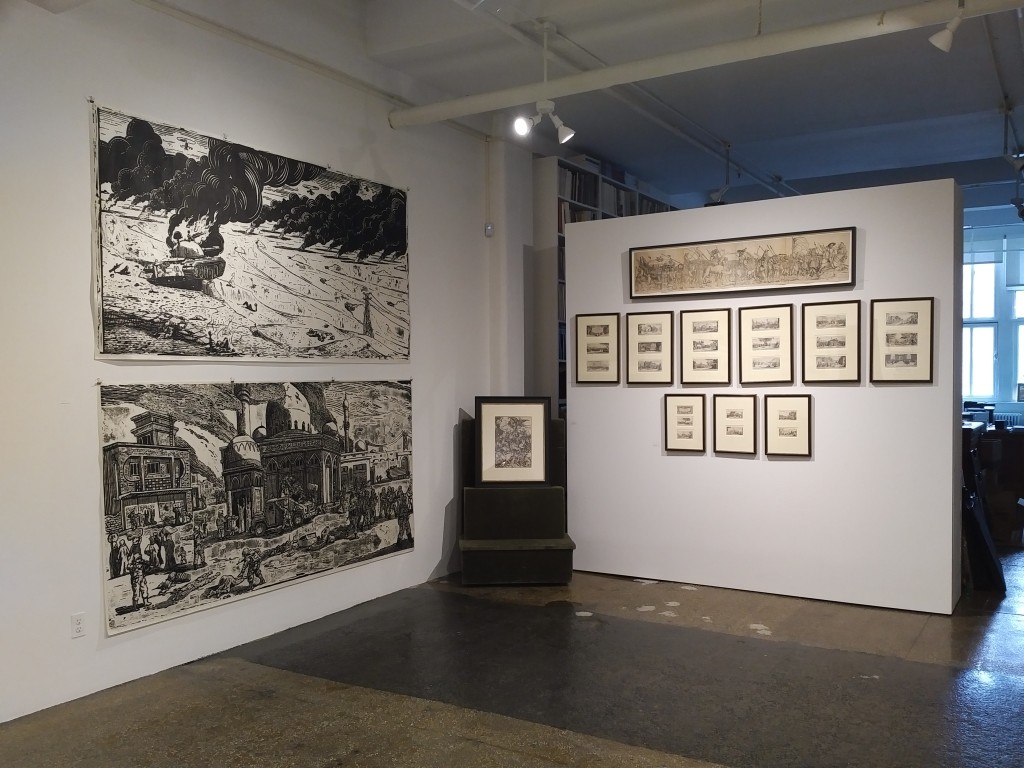 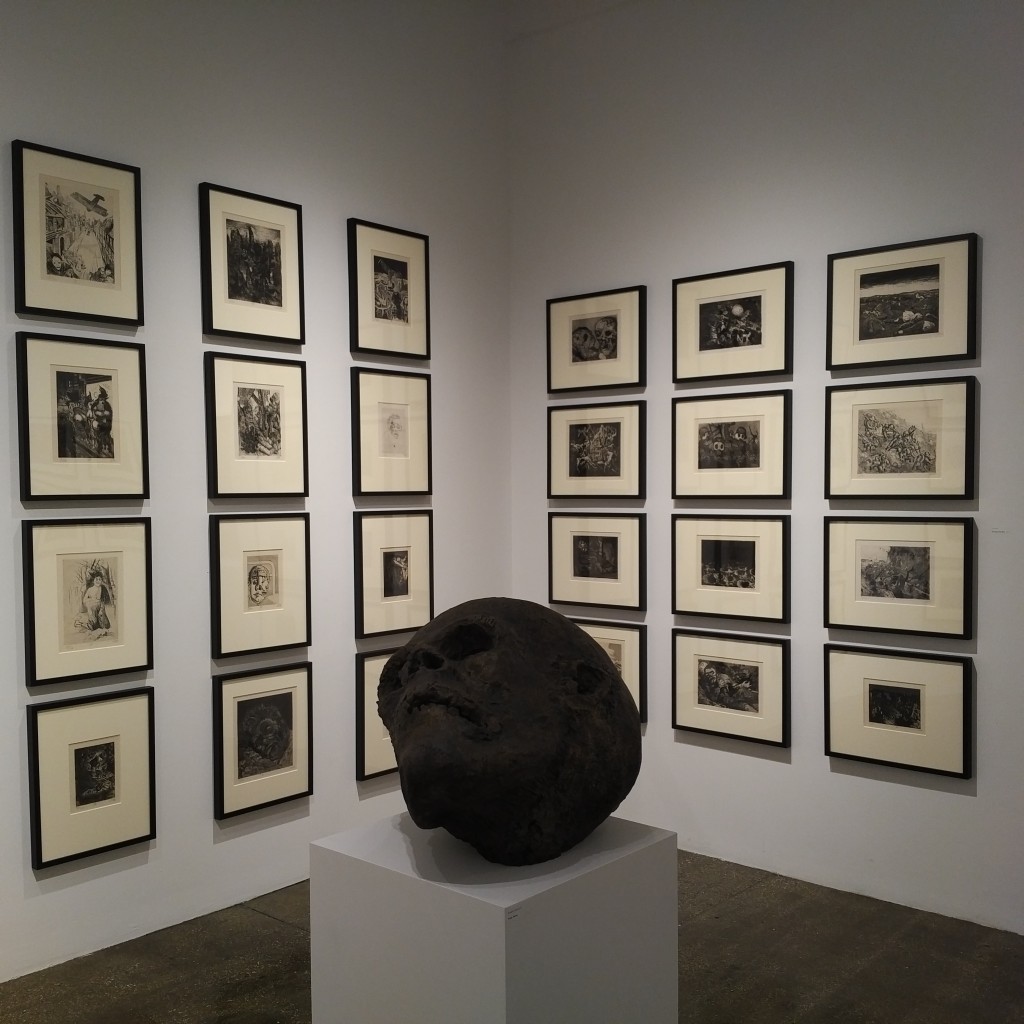 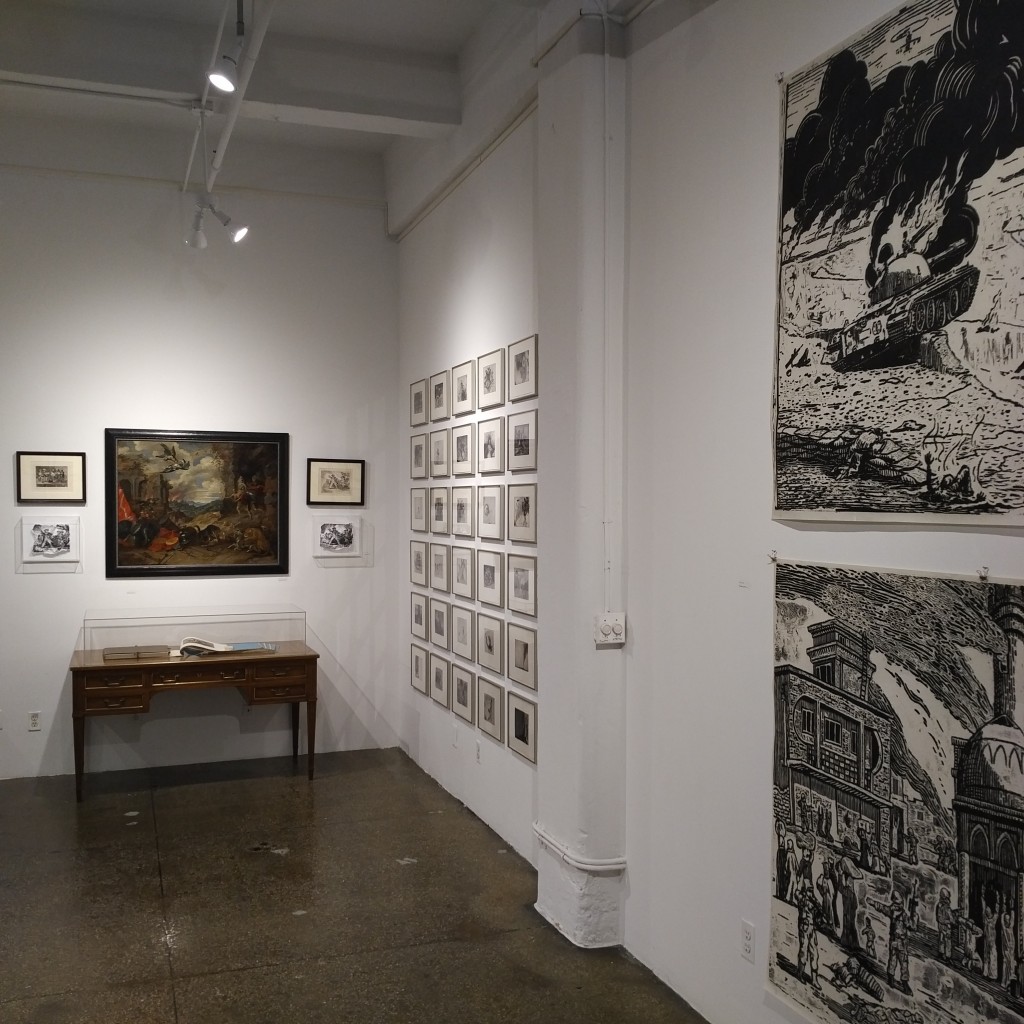 Kunstraum C.G. Boerner is pleased to present On War, its second exhibition from the astounding Wunderkammer of Death assembled by Chicago-based collector Richard Harris. The show provides us with a rare opportunity to present together in one space virtually all the major print sets on the subject of war. The earliest of these is Jacques Callot’s Les Grandes Misères de la guerre of 1633, a set of 18 etchings that, in spite of their collective title, describes in minute detail and on a small scale the death and destruction unleashed on the civilian population during Europe’s Thirty Years War (1618–49). The next major anti-war statement on view here is Goya’s equally celebrated Los desastres de la guerra. Created between 1810 and 1820, this series of 82 etchings depicts the cruelties inflicted on the Spanish by French troops during the Peninsular War of 1808–14. In addition to etching, Goya used the still relatively new technique of aquatint to create subtle shading similar to the ink wash in drawings. However, he never dared to publish this set, with its disturbing and controversial subject matter, during his lifetime. He made a handful of trial proofs from each plate, two of which are shown in the exhibition in addition to the complete set. The brothers Jake and Dino Chapman reinterpreted Goya’s Desastres repeatedly in their own work, as evidenced by a set of toy figures, by their reworking of a late-but-original edition of the Goya set, and, much less known, by their own Disasters of War portfolio of 83 etchings published in 1999 and shown here alongside the Goyas. We will also present the complete set of 50 etchings of Otto Dix’s seminal Der Krieg of 1924. Based on the artist’s own experiences in the trenches of World War I, it is often considered the most complex, varied, and inventive of all the war sets. World War II is evoked by Lawrence’s Hiroshima series, 8 silkscreens based on paintings he created in 1983 toillustrate a special edition of John Hersey’s 1946 book Hiroshima, a chillingly objective account of the explosion of the atomic bomb in Japan. The contemporary side of the time bracket opened by Callot is closed by American artist Sandow Birk’s The Depravities of War of 2007, prints whose long, narrow format can be related to that of Callot’s series. However, Birk chose the medium of woodcut and a monumental scale; each of the 15 prints in the series measures 4 x 8 feet (in contrast to the 3 x 7 inches of Callot’s prints)—so large that we will only be able to show four prints installed on to both sides of the Callots. Birk’s imagery is drawn from scenes of the Iraq War that were ubiquitous on television, the internet, movies, newspapers, and cell phone snapshots.

In addition to this rarely seen assembly of printed image cycles on the tragically persistent and pervasive theme of war, we will also display a small selection of individual works, among them Dürer’s iconic woodcut of The Four Horseman of the Apocalypse of 1497–98; an Allegory of War painting by Jan Brueghel the Younger from 1648—the year the Thirty Years War came to an end; and two large and powerful mixed media drawings by the English artist Sue Coe.

A more detailed look at the Richard Harris Collection can be found here. http://www.richardharrisartcollection.com/