French portrait prints of the seventeenth and eighteenth centuries have always been treasured by print collectors through the ages. Nowadays, however, they have fallen out of fashion to much the same degree as their subjects. Perhaps a review is in order. These images do not merely represent absolute rulers, or the vain posing of artists who played to the taste of their times. Instead we might see these prints as the results of a series of brilliant technical accomplishments that allowed them to ascend from the realm of craft to that of art. Louis Metcalfe wrote in 1912, for example, of Robert Nanteuil’s works: “Nothing more admirable has been done in the realm of engraving than these quiet prints in which there is no affectation […] and it is a question whether anything more sincere has been accomplished in the history of portraiture.” 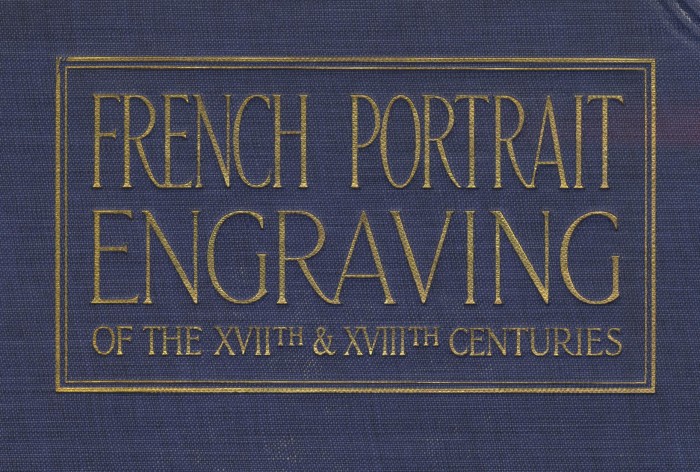